The newly certified engines can each produce 105,000 pounds of thrust.

The engine's fan measures about 11 feet across. (GE Aviation/)

Late last month, the Federal Aviation Administration signed off on the biggest commercial jet engine in the world. The huge thrusters that it certified are the GE9X engines, one of which hangs under each wing of Boeing’s new widebody 777x aircraft. That plane flew for the first time back in January, and boasts folding wingtips—when they’re folded down for flight, they make the wings longer and thus more fuel efficient, and when they’re folded up, the plane will occupy less space at an airport gate.

Fuel-thirsty four-engine jets, like the Boeing 747 and Airbus A380, are decidedly passé these days, while aircraft with just two engines represent both the present and future of air travel. To push the big 777x forward from a standstill into the air, Boeing needs two big engines that can create literally tons of thrust. Here’s how they break down, by the numbers.

Each engine can produce 105,000 pounds of thrust for a total of 210,000 pounds. (The engine has even hit 134,300 pounds of thrust, a record.) But Pat Donnellan, an engineer on the GE9X engine program, says that pilots probably won’t need to max the engines out to get off the ground. In fact, maxing the engines out for liftoff is known as a “full-rated takeoff,” he explains, but there’s no reason to do that unless you need to. “You want to conserve as much of the life as possible, and not tear up an engine,” he says. He compares it to driving: Ideally you’re not flooring the gas unless you really need to. More typical lift-offs are called “derated takeoffs,” Donnellan says, in which “they use the right amount for the load that they’re carrying—the amount of passengers and cargo.”

For context, the single-engine on an F-16 produces less than 30,000 pounds of thrust, which is plenty for a small, nimble aircraft.

That’s the diameter of the fan in the front of the engine, measured blade tip to blade tip. That 11-foot span means that if you stood in the front of the engine in its front case (an activity best done when the plane is on the ground, with the engine off), you’d have plenty of headroom. That fan is the star of the show when it comes to producing thrust. “With the 777x being larger, we needed an engine that would provide the thrust level that the airframer wanted,” Donnellan says, referring to Boeing, “but at a much more efficient capability.”

“To get there with a turbofan engine,” he adds, “you want to make the fan larger.”

The curvy carbon fiber blades that constitute the spinning fan are fewer in number than they used to be. The engine’s ancestors, the GE90 and GENX, employed 22 or 18 blades. These new ones can produce more lift, and that’s because of design tweaks. “It’s got a wider chord to it—from the leading edge to the trailing edge,” he says. (“Chord” is a common wing measurement term.) “It’s got a little more twist in the proper areas, to generate that extra lift when we need it,” he adds. The fan blades are like wings, spinning in the engines, he notes.

The inside of the engine gets very toasty. The guts of a turbofan engine are complex, but major components include the low-pressure turbine, the high-pressure turbine, the core, and the compressor. Air in the compressor, as you could imagine, gets compressed. “What you’re trying to do is drive the air down to the smallest amount, the smallest package, that you can,” Donnellan says. “You’ve got a lot of energy now in that small package, and then you put that into the combustor.” Fuel enters the equation. “You ignite the fuel, which causes that small package of air to now get very big, very fast, and it will go through the high-pressure turbine.” That turbine harvests that energy, and some of that energy then fuels the low-pressure turbine, which powers the fan in the front.

The warmest part of the engine is the high-pressure turbine. “It’s right behind the combustor,” he says. To handle that temperature, which is roughly as hot as lava, if not hotter, the engine makes use of ceramic matrix composite materials. “They can withstand temperatures much greater than available metal alloys that are out there today,” Donnellan adds.

The 16 carbon-fiber blades in the fan produce the thrust. (GE Aviation/)

The fan doesn’t spin in the open air, like a propeller does. It’s encased in a frame. The round material you see at the front of a jet engine is known as the forward fan case. One of the purposes of that case is that it “shrouds” those fan blades' tips, to create as much efficiency as possible. Also, if there were to be damage to the engine, the engine-maker wants the debris kept within it, and not flung outwards. Donnellan estimates that the size of the fan case adds around 6 or 8 inches to the engine size, and when you factor in an additional Boeing part called the nacelle, the entire engine measures, reportedly, over 15 feet across, a stat that GE confirms. That’s roughly the length of a Toyota Corolla.

Could an ancient megashark still lurk in the deep seas?

This AI-powered hearing aid improves as you wear it

We still don’t really know what’s inside the sun—but that...

Dog food bowls that will please any pooch

Earth used to be cooler than we thought, which changes... Sports stars, musicians, internet influencers. Wondering what they have in common... 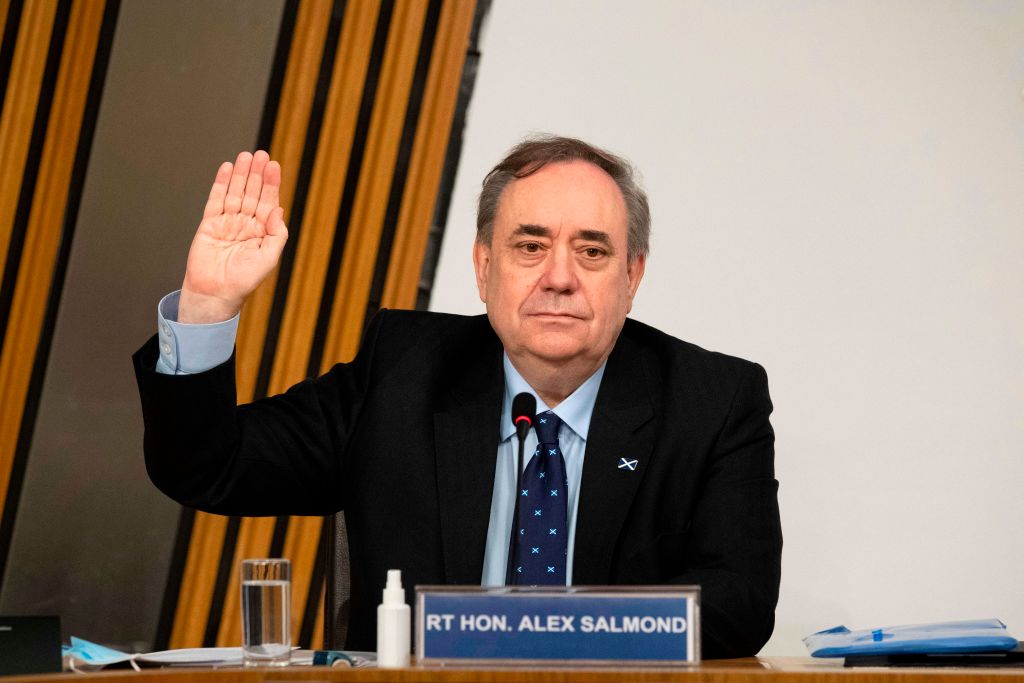 Google Photos adds new editing features, but they're for...